In England, detective, crime, and murder mystery books continued to achieve high quality. Meanwhile, in America the form was developing as well.

Anna Katharine Green (1846-1935) is the first woman to "practice the form " Howard Haycraft says of her novel The Leavenworth Case (1878), "despite some incredibly bad writing, one of the true historical milestones of the genre." It introduced her police detective Ebenezer Gryce.  Her book The Doctor, His Wife, and the Clock is "perhaps the best of the Gryce stories" (Haycraft).

Jacques Futrelle (1875-1912) was a journalist from Boston. He created his detective, "The Thinking Machine." The Thinking Machine's complete name is Augustus S.F.X. Van Dusen, Ph. D., LL. D., F.R.S., M.D., and M.D.S., and he is "dedicated to the blunt proposition that two and two equal four -- not sometimes but all the time."

Mary Roberts Rinehart (1876- ) -- whom Haycraft calls "the unquestioned dean of crime writing by and for women" and "one of the great storytellers of the age....Rinehart's works have played an incalculable role in introducing women, both readers and writers, to puzzle fiction." The "Rinehart Formula" was an important contribution to the form.

Carolyn Wells (b. Rahway, NJ, in the 1870s)created her detective, "Fleming Stone." The first Fleming Stone book was The Clue (Sept. 27, 1909), although Stone appeared earlier in print in a short story in Lippincott's Magazine in 1907). Edmund Wilson quotes Carolyn Wells: "...the detective novel must seem real in the same sense that fairy tales seem real to children" ("Who Cares Who Killed Roger Ackroyd?").

No pun intended on the title of this section, but the following books by Melville Davisson Post (1871-1930) are well worth pursuing -- the Uncle Abner stories are particularly rewarding.

Here are a couple of quotes about Uncle Abner: "Posterity may well name him, after Dupin, the greatest American contribution to the form" (Howard Haycraft, Murder for Pleasure). "One of the truly outstanding figures in detective fiction..." (Willard Huntington Wright in The Great Detective Stories). Wright would rank Uncle Abner with "that immortal triumvirate, Dupin, Lecoq, and Holmes."

The Complete Uncle Abner stories have been collected into one volume.

Mark Twain (1835-1910)contributed to the genre with his novel Pudd'nhead Wilson (1894), which Howard Haycraft tells us was possibly the first use of fingerprints in fiction. Other Twain books include:

Julian Hawthorne (1846-1934) "...was half a century too soon" (says Charles Honce). The son of Nathaniel Hawthorne, Julian wrote poems, novels, short stories, essays, and biographies, including mystery and detective fiction.

Edwin Balmer (1893- ) and William MacHarg (1872- ) wrote The Achievements of Luther Trant (1910), which Haycraft calls "a volume deserving more than passing attention" (Murder for Pleasure). Balmer and MacHarg's story, "The Man Higher Up," contains the first appearance of a lie detector in fiction. 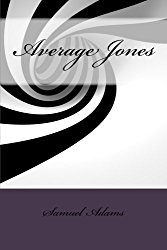 Other notable authors and their books of the period include: 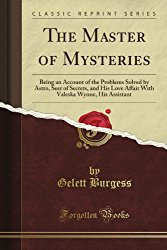 To wrap up this section, I just want to bring to your attention the following authors, who Haycraft says "touched on the fringes...and thus indirectly influenced either the form or the public, or both...":