"It isn't every day, you know," the doctor explained, apologetically, "that a man gets the opportunity to write the story of his own murder."

After writing four novels about the satanic and cruel detective Henri Bencolin, John Dickson Carr wanted to create a softer, more likeable, detective. He did so with Dr. Gideon Fell. 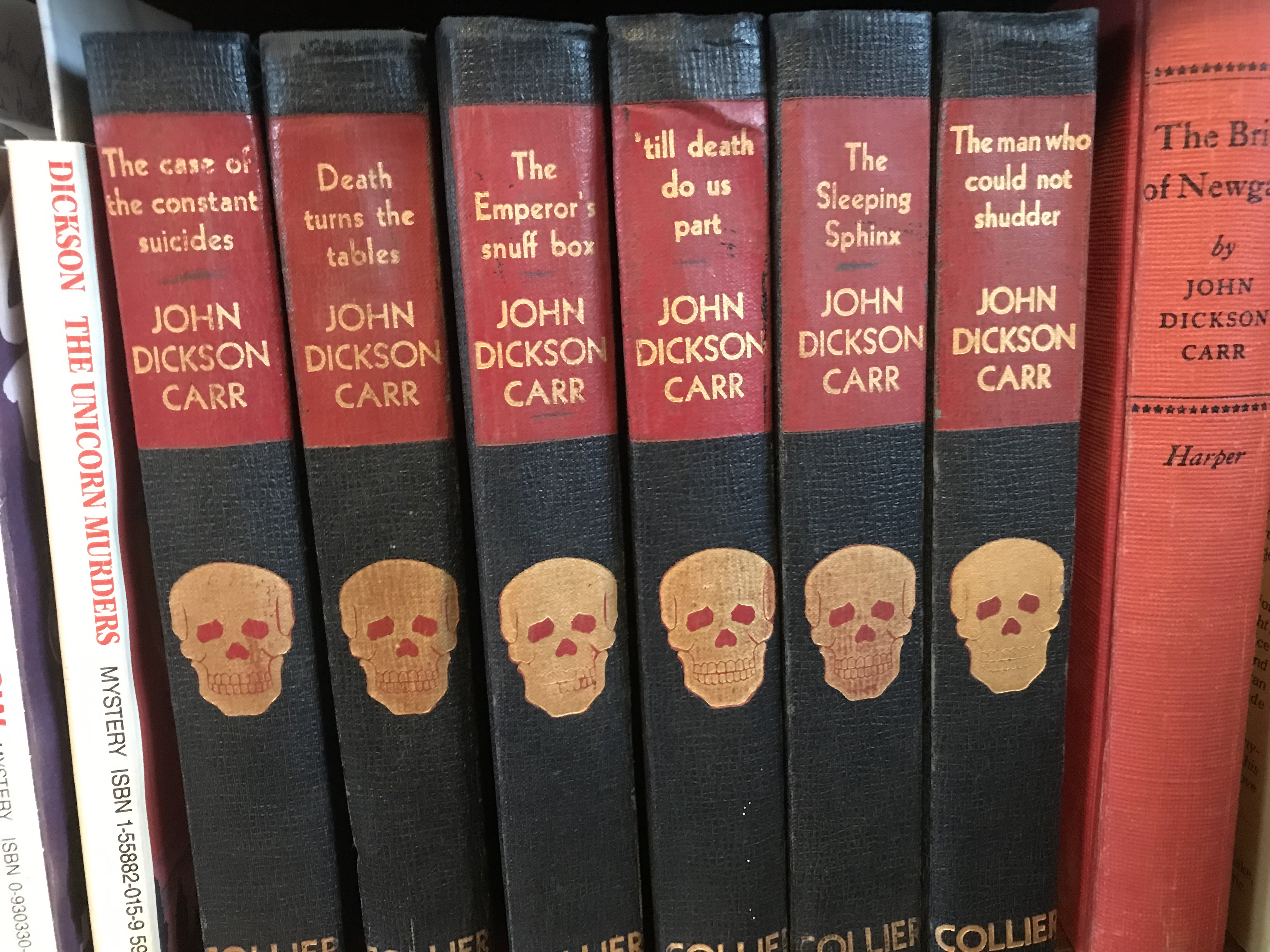 Some John Dickson Carr Books (Above)

Physically, Fell was modeled after G. K. Chesterton. But Carr, who was reading history about the Restoration in his spare time, may have taken the detective's name from Dr. John Fell, Bishop of Oxford. Douglas Greene finds it more likely that he discovered the similarity of names after he created Fell.

The historical Dr. John Fell was known as a disciplinarian, and there is an interesting story about him: It seems a student named Tom Brown got into some trouble, and Dr. Fell challenged him to translate a quatrain from a Latin poet. If Brown was able to do so successfully, Fell would let him off; if not, he would be dismissed from the college. According to the story, Brown translated the passage as:

The story is that Fell admired Brown's response and allowed him to stay.

Another version of the story substitutes "I do not like thee, Dr. Fell" for "I do not love thee, Dr. Fell" (emphasis mine). It's difficult to resolve which is the original version (although the Dr. Fell books I've read quote the "love" version). Even Greene quotes one version in John Dickson Carr: The Man Who Explained Miracles (1995) and the other version in his 1985 introduction to the International Polygonics, Ltd. reprint of Hag's Nook. In this introduction, Greene writes: 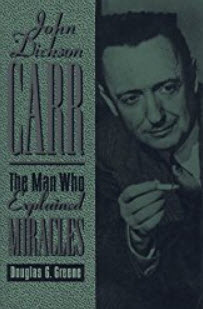 In the first Dr. Gideon Fell mystery, Hag's Nook (© 1933 by John Dickson Carr), Dr. Fell is introduced in the following passage from chapter one:

Dr. Fell likes to lecture and often does so spontaneously, to the chagrin of some of his colleagues. In Hag's Nook (chapter 14), for example, Carr writes:

In The Three Coffins (a.k.a., The Hollow Man), Dr. Fell interrupts the narrative of the novel to lecture to Inspector David Hadley, Ted Rampole (we knew him as "Tad" Rampole in Hag's Nook), and "fussy baldheaded little" Pettis. This Locked Room Lecture (chapter 17) is one of the most famous chapters written in detective, crime, and murder mystery fiction, and has been anthologized widely. In it, Carr (or, rather, Gideon Fell) discusses the techniques and tricks that writers of detective stories often employ. Dr. Fell begins by lecturing:

The Three Coffins -- The Best Locked-Room Mystery Ever Written?

The IPL [International Polyglonics, Ltd.]: New York City] version includes the following blurb: "And just a few years ago, a survey of seventeen mystery mavens rated The Three Coffins as the best all-time locked room novel by a margin of 2 to 1!"

John Pugmire gives a more complete account of the poll and includes the results here.

The major elements which characterize John Dickson Carr's detective fiction include great description of scenery (often tinged with supernatural overtones), the locked room motif, and the "impossible crime." (The Three Coffins, and other books by John Dickson Carr, include all three.)