The First Detective Story Ever!:
Edgar Allan Poe's
"The Murders in the Rue Morgue"

The analyst "makes, in silence, a host of observations and inferences" ...
"The necessary knowledge is that of what to observe"...
"deductions" ... "Monsieur C. Auguste Dupin" --

--The familiar words and phrases above were used first by Poe in this story.

When he wrote "The Murders in the Rue Morgue," Edgar Allan Poe created the world's first detective story proper, with all the elements neatly in place.

"The Murders in the Rue Morgue" begins with a short essay describing mental analysis and the person who employs it. Poe writes, "He derives pleasure from even the most trivial occupations bringing his talent into play. He is fond of enigmas, of conundrums, of hieroglyphics; exhibiting in his solutions of each a degree of acumen which appears to the ordinary apprehension præternatural. His results, brought about by the very soul and essence of method, have, in truth, the whole air of intuition."

Poe states, "I am not now writing a treatise, but simply prefacing a somewhat peculiar narrative by observations very much at random." The essay segues into the narrative of a strange and morbid case.

We meet the narrator, who remains unnamed throughout the story. He describes his first meeting with the eccentric "Chevalier C. Auguste Dupin" by "...the accident of our both being in search of the same very rare and very remarkable volume, brought us in closer communion... " at "...an obscure library in the Rue Montmarte".

As their friendship develops, the narrator tells us:

From newspaper accounts, we learn of the grisly murders of two women (a mother and her daughter), and can read the accounts of witnesses:

The paragraph above is followed by a series of depositions from various witnesses.

We are present with Dupin's narrator friend throughout Dupin's investigation. But then the narrator tells us, "It was his [Dupin's] humor, now to decline all conversation on the subject of the murder, until about noon the next day. He then asked me, suddenly, if I had observed any thing peculiar at the scene of the atrocity."

All the clues are presented to the reader, as is Dupin's discussion of the case with his narrator. Dupin even challenges his narrator to attempt to reason from the clues.

Dupin places an ad in the newspaper:

Dupin gives two pistols to his narrator and warns that the man he expects may be dangerous "Be ready," said Dupin, "with your pistols, but neither use them nor show them until at a signal from myself."

The sailor shows up, Dupin confronts him with his involvement, and the case is solved. The narrative reads as follows:

And so begins the interview between the detective and his suspect.

When comparing Poe with those who came after him (for example, Sir Arthur Conan Doyle and his stories about Sherlock Holmes) one can easily see Poe's profound influence. That, however, remains the subject for another article.

Meanwhile, there are a number of firsts in this story:

You can read "The Murders in the Rue Morgue" for free in the Reading Room. 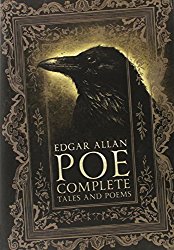